For all of those who love undersea creatures and cringe at the acts of shark fining and whale hunting for profit, we agree with absolution. For those who reflect negatively upon the killing of ocean dwellers regardless of a result aimed at financial gain or nutritional sustenance, I would like to tell you a story about Greenland and a culture that survives off the freedom to hunt for food. Hunting for food in order to sustain life is the nature of all creatures on land and underwater. In most places, humans no longer have to hunt for food, humans don’t have to fear a rise or dip in certain animal or fish populations that they depend upon to live. Walking to the grocery market supplies most of us with the necessities to not only survive, but to live quite comfortably.

Greenland is the largest island in the world and yet its inhabitants total to a mere 57,000 people. A country made mostly of ice, Greenland is isolated and largely untouched situated at the the top of the world. Because of the extremely harsh terrain with winters of total darkness and summers of twenty-four hour sunlight, the Inuit people have sustained life from the only resources they have access to, creatures from the sea and arctic mammals from the land. 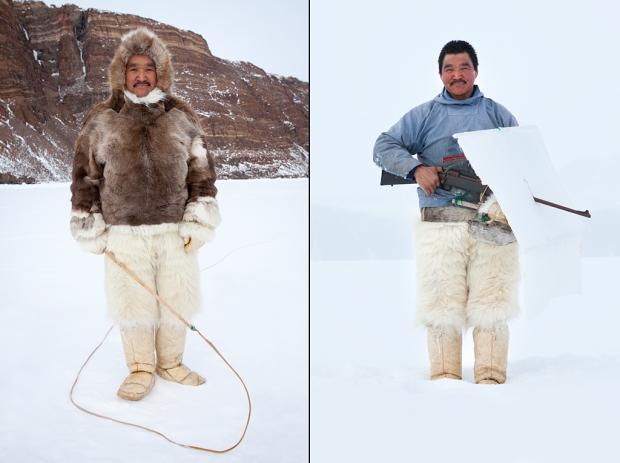 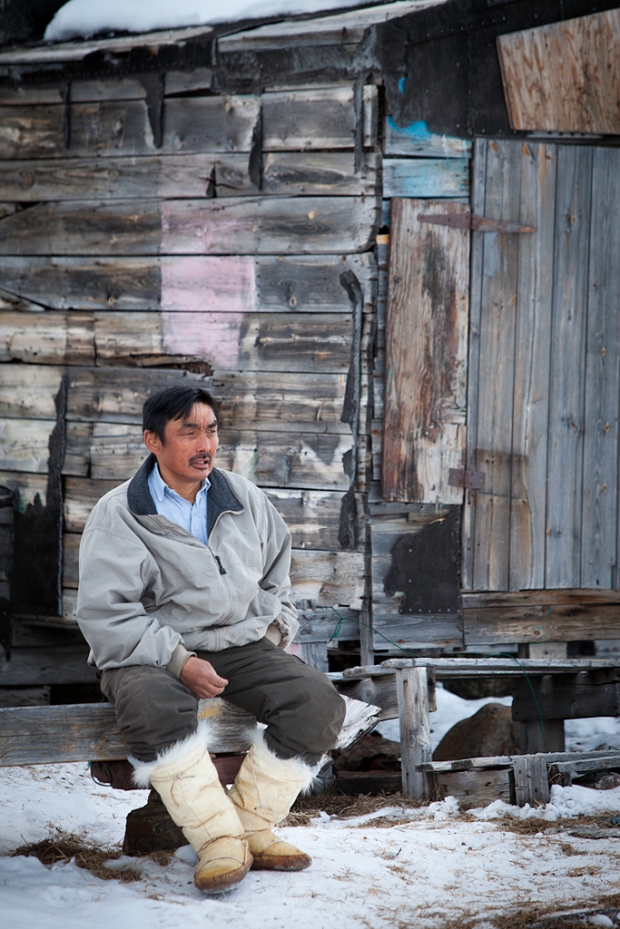 The life of hunter or fisherman is not easy. Being a hunter or fisherman used to hold a highly honorable place in society as it requires skill, patience and a large amount of toughness. Responsible for providing almost all of the food and clothing for their small communities, hunting is an essential part of the Inuit culture. Not hunting for sport or an outside profit, each part of the kill is taken and used for a different purpose. The hide’s are tanned and used for clothing, the fur provides warmth for boots, jackets, hats or sleeping matts, and the teeth and tusks hold spiritual significance and sometimes carved into figurines or made into tools. Very different from the notion of killing a whole beast to extract a single prized piece, the Inuit hunt to survive, trade for other necessary commodities, and attempt to hold nature and all its inhabitants in a balance.

Many people inside and outside Greenland say this balance is off. New quotas are placed every year upon each district and the hunters and fisherman are extremely limited to the number of sea and land mammals they can hunt. Mads Ole, the spokesperson for the Qaanaaq hunters states, “Scientist say there are not many narwhals, or walrus, but from our eyes we can see a lot a lot of animals. We try to say to our government what its like here but our government does not hear from us, they only follow scientists. Our quota is too low, and we can not hunt many, maybe enough for only 10 or 20 hunters, but its not too good. Many young children must go and look for another job. Its not too good for us because there are too many scientist making decisions about our life, they do not understand what we do here as hunters. From outside, they think hunting is illegal. But hunters make and hold the circle of life. If there are too many seals and they are eating too many fish, the circle is broken. They are trying to kill our culture, and we are gripping onto our culture because we want to hold onto the circle of life as hunters.” From our time here, I would agree that this sentiment is shared among all hunters in the northern more rural regions of Greenland.

Every country in the world hunts and survives off whatever mammal, fish or bug that inhabits that region. In Greenland, there are no cows or chickens, no beetles or bats, but there are seals, narwhal, halibut and polar bear. The Inuit hunt to survive, not wishing to exploit or diminish a certain population, for the life underwater and atop the mountain ridges allows them life in return. Now, with the modern imports of frozen lamb, beef and chicken, the need to hunt for fresh food thins slowly with time. Because the hunting way of life has its difficult physical demands and has come under international scrutiny, the modern convenient way of life becomes more appealing each year. Many fear the lose of the very tread that has woven their past, letting go the very thing that makes the Inuit what they are today.