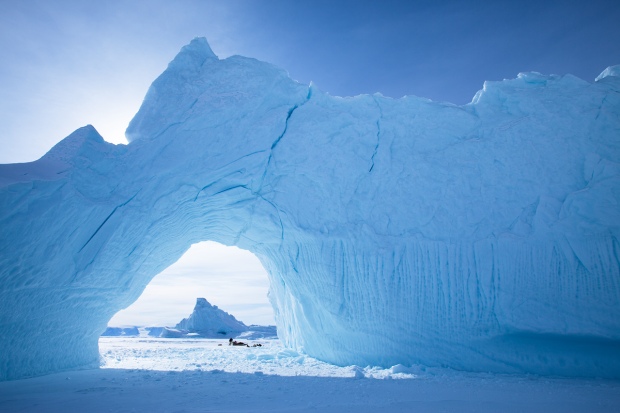 I would like to premise this post with a bit of cultural history and a personal opinion into the future. This article is longer than previous narratives, but I ask you read on as I finally feel I am beginning to catch a comprehensive glimpse into the many layers of the Greenlandic culture. This is the first part of a two piece post, and as the articulation of such things causes a battle within myself, I attempt to share only what I hear directly from the people of Greenland and feel the rest of the world should know.

In 1909 the missionaries came to northern Greenland and began proselytizing the native people. In centuries past, the Inuit believed in the spirit of the sea and the spirit of the land. The small communities had a shaman who acted as their leader, doctor and beat the tribal drum in times of celebration and periods of sorrow. Hunters and fisherman supplied all the food and clothing for the community and they existed without  the modern amenities of the 1900‘s. They saw their people as one family, one collective, and food was always shared and traded between the hunters and their families. When the missionaries came they condemned the shamanistic way of life and began to convert the people into worship of a monotheistic religion. Eskimos, meaning he who eats raw meat, saw there old way of life quickly transforming, and it has been changing at an ever accelerating pace. Although some Inuit have a strong Christian faith, many reflect fondly on their old spiritual past and are proud to be called a Polar Eskimo.

Qaanaaq, or Thule, has a very interesting past and its location is one of somewhat recent nature. In 1953, the United States military came to Thule in northern Greenland to build a remote air base. Unfortunately, a small but thriving community was living in the exact location the US desired for its operation. Instead of building elsewhere, they re-located the entire community further north and the small town of Qaanaaq was built. During the first 7 months, the people survived a brutal winter in military tents. Once the ice melted and ships could travel north, a collection of small Danish looking homes were built along the hillside.

The Thule base was part of the missile project during WWII and in the 1960‘s a B52 aircraft carrying an atomic bomb crashed and sank into the North Atlantic Ocean just outside the base. History reports note the bombs removal from the bottom of the sea, but questions within the community still lingered. What if parts of the bomb were still in the water and leaking toxic poisons into the nearby seas? When the US and Danish governments no longer needed control over the base, they sold it to Greenland for $1 USD. A few years later, Greenlandic people hired a Danish lawyer to re-open the case of the plane crash and uncover the truth about what happened. Just when international press began to show interest in the case, an airport was built just outside of Qaanaaq. No one was warned or told of this addition to the community. It was a total surprise, and suddenly the people of Qaanaaq had their own air strip and means to travel outside their homes. Concern about the atomic bomb slowly fizzled and the theory remains that the airport was a means of compensation, or rather a gift to the people who were uprooted and relocated many years prior. There is no proof that it was a pay-off to drop the investigation, simply a theory based on interesting timing regarding powerful governments. It is also thought that perhaps the people of Qaanaaq were not really that concerned about the effects of the dropped atomic bomb but instead they were the one seeking compensation for relocating.

The Inuit have endured a century of rapid changes and it is important to note the effects that are now cemented in today’s culture. The ‘civilized man’ brought guns, they introduced the idea of one God, and through the exchange of money, offered a whole world of international goods and products the north Polar Eskimos had never seen before. Today, this has many controversial effects, and sadly, most of them are not positive. With seemingly limited access to the western way of life, many of the northern Inuits strive for a life that is almost impossible to attain. In the past, all goods could be traded and a natural balance was upheld. The Inuit are now in a place where they need to make money, and the only source they have to attain financial stability is by using the surrounding natural resources. Like many people all over the world, they have turned to exploiting these resources and some hunt excessively in an attempt to maintain their existence.

Navarana K’avigak was our translator, adopted Greenlandic mother and a woman of great adventure, spirit, knowledge with a sharp sense of humor. Speaking fluent Greenlandic, Thule, Danish and English, she has lived in Denmark and Canada and traveled many places around the globe as a student, wife and translator. Unlike many other Greenlanders’ who reside in Qaanaaq, her opinions resonate from both a global and local perspective. She reflects upon the current situation with sadness, “The development is so fast and they get here before they get somewhere else and I don’t understand how, like computers, cameras, and mobiles. I think it is because of the government, schools and way of teaching, they skip over the most important things here in our life, like being from Greenland, and having our own spirit and way of living. The young people don’t get taught that. I think it is very difficult for young people to decide what they want to be, because they can see that hunting is very hard today.”